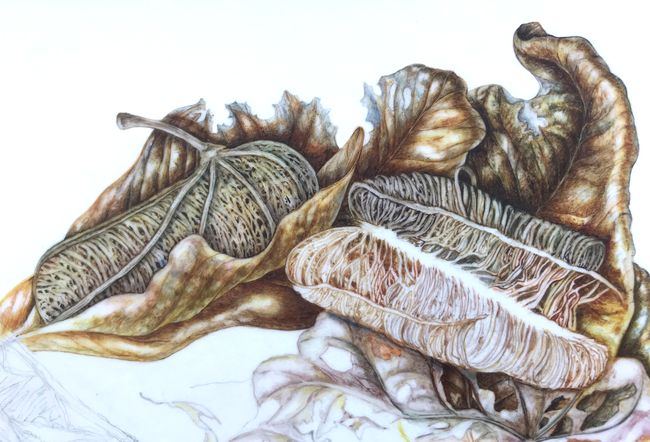 Degeneria is a genus of flowering plants endemic to Fiji.
It is the only genus in the family Degeneriaceae within the order Magnoliales.

There are two species Degeneria roseiflora and Degeneria vitiensis which I first came across when I lived in Suva in 2012 - 2014. I had been searching for plants that were black or white for a joint exhibition with Sue J Williams at the Shirley Sherwood Gallery in Kew Gardens from 12th October 2013 to the 5th January 2014.

The exhibition explored the subtleties of the great range of “black” and “white” in the plant world and the theme was inspired by a quotation from the 1821 poem 'New Morality' by George Canning:

"... and finds, with keen discriminating sight,
Black’s not so black;
nor white so very white."

The theme is one of opposites and contrasts and aimed to show the variations in colour within an apparently restricted palette where nothing is truly black, but purples, browns, deep blues and reds create the illusion of black.

Degeneria vitiensis has a flower that is both black and white and the distinctive white skeleton cases of the seed pods that scatter the forest floor and are clues that you are in the right place for the towering tree above you. My thanks goes to the Forestry rangers who took me up to the higher ridges in the Forestry reserve of Colo i Suva to collect specimens of flowers and later seed pods so that I could show the whole life cycle of the plant.
One particular trip into the forest I had forgotten my walking shoes, but I still persevered in flip flops. A torrential downpour rendered the flip flops useless as the ground became very difficult and slippery, so I continued bare foot, not to miss a plant hunting opportunity and eventually found the pods that I was searching for.

I was soaking wet with mud oozing up through my toes, but I had a huge smile on my face as I picked up the pod and tipped it to a certain angle to see all the bright red seeds inside fall out in a perfect line. They did not fall though, as they were all held by a minute thread or funicle to the inside of the pod. It was the tiny funicle that I had come to see and was characteristic of the attention to finer details that the Botanical Artist gets so excited about! 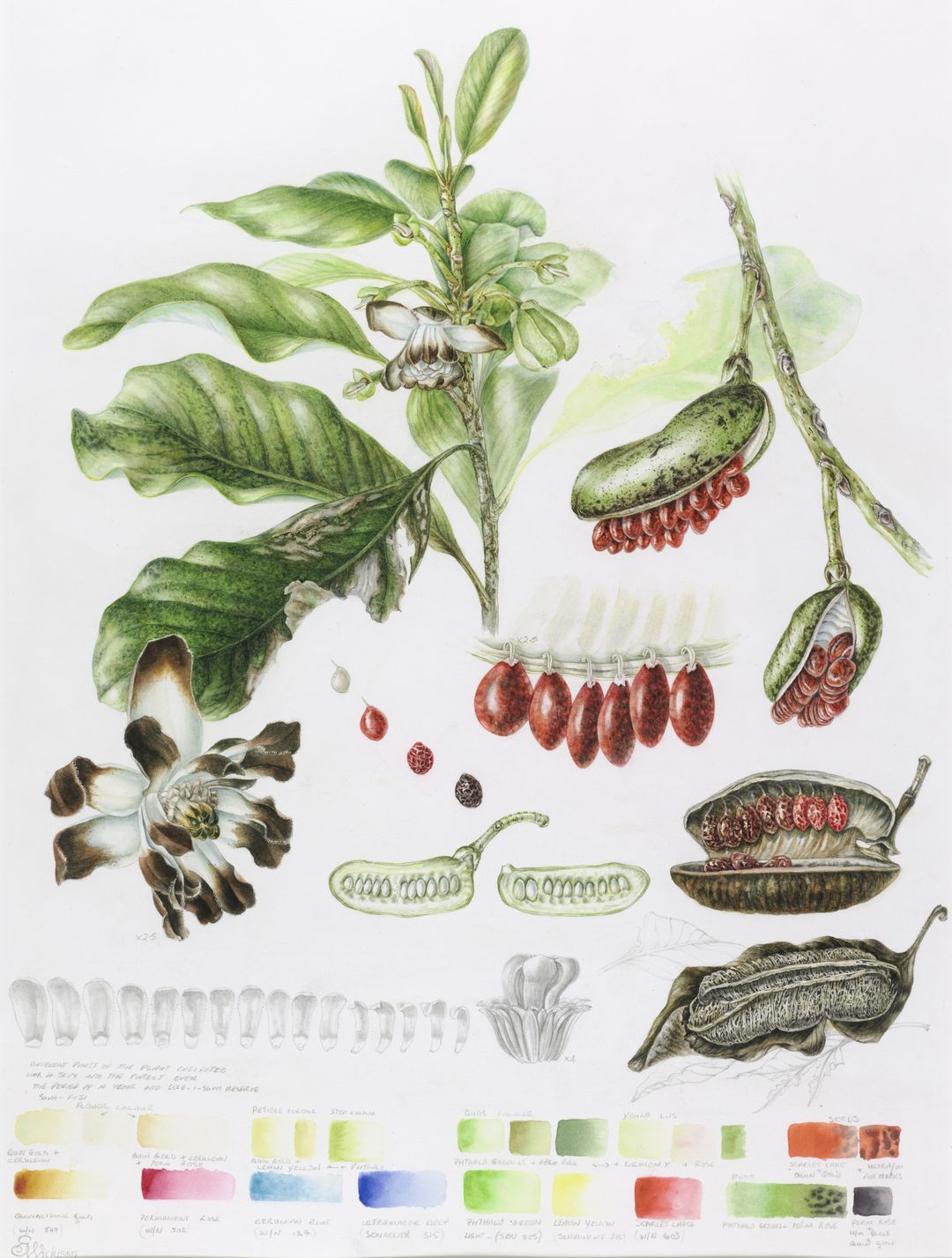