Sue was awarded a Winston Churchill Trust Travelling Fellowship to travel to the Solomon Islands to collect orchids for Kew. There she photographed, drew and painted plants in the wild, recording pertinent botanical and geographical details. Walking into remote areas with guides or travelling by helicopter into inaccessible locations with prospecing geologists, Sue was able to find plants new to science.

"Reaching areas where few people have been before has been one of the highlights of my life, and the excitement of finding orchids in full bloom in such inaccessible places is an incredible experience never to be forgotten".

Sue discovered several new species of orchid and was honoured to have one, Coelogyne susanae, named after her.

A desire to see the living plants in their natural environment was fulfilled when I was awarded the Winston Churchill Travelling Fellowship in 1986, which took me to the Solomon Islands to collect Orchids for Kew.

There I photographed, drew and painted plants in the wild, recording pertinent botanical and geographical details, pressing specimens and collecting live material for Kew.

I found the plant of ''Coelogyne susanae'' that was to become the holotype for the species while staying with the Levers logging company at Barora on New Georgia Island.

Working in an area that was being logged was a mixture of horror and excitement. Horror as the huge trees in the virgin rain forest were felled with horrific splintering noise as hundreds of years of growth came crashing to earth.

Excitement as the epiphytic orchids became so accessible on horizontal tees, though I would have preferred the trees to have remained as they were.

Hover over the photo and click an arrow to view photos 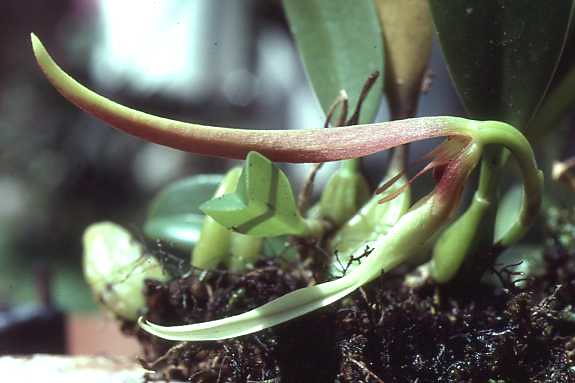 Article from the Kew Bulletin late 1990 when Coelogyne Susanae was first described.


''Coelogyne susanae'', a new species of Orchidaceae from the Solomon Islands and Bougainville'''

A new species of Coelogyne from the Solomon Islands and Bougainville is described here for the first time.

In the course of preparing an account of the orchid flora of Bougainville and the Solomon Islands a new species of Coelogyne has been discovered and is described here for the first time. The complete account of the 'Orchids of Bougainville and the Solomon Islands' by the authors of this article will be published shortly by the Royal Botanic Gardens, Kew. 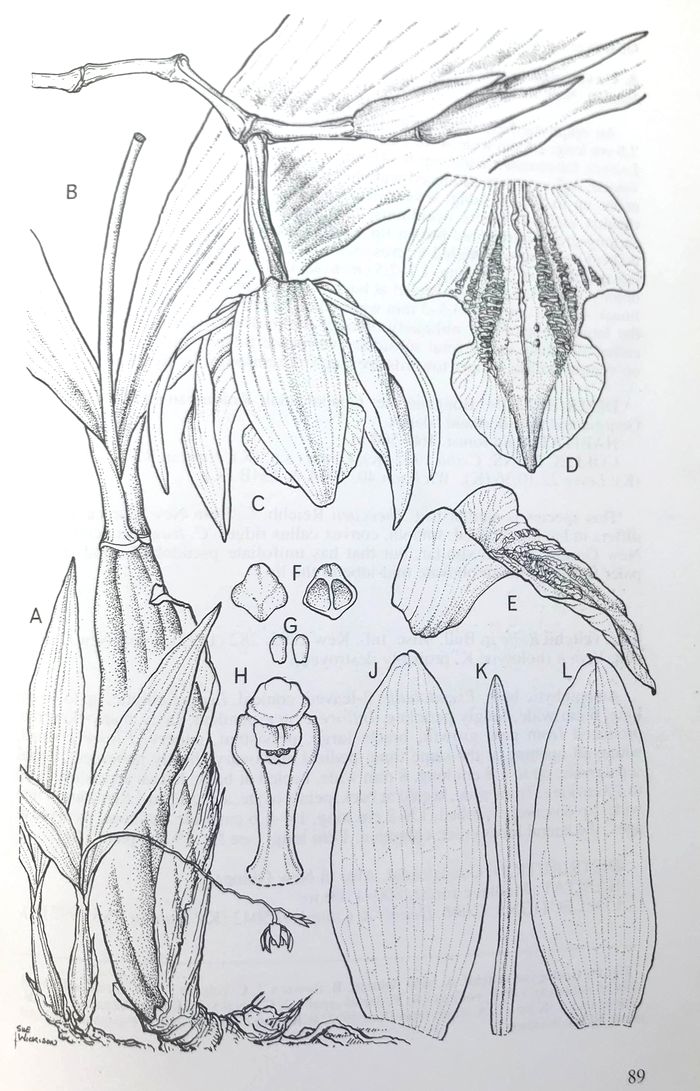 C. susanae is allied to C.macdonaldii F. Muell. & Kraenzl. but differs in having larger flowers and a lip which is 3-lobed nearer the base and has a red- or orange-brown callus of 5 distinct long verrucose ridges and several shorter ones on the outer sides towards the margins.

This species is similar to C. beccarii Reichb. f. from New Guinea, but that differs in having 2 raised, smooth, convex callus ridges. C. fragrans Schltr., from New Guinea, is also related, but that has unifoliate pseudobulbs and smaller, paler flowers with an obovate midlobe.

We have named this attractive species after Sue Wickison who collected the type specimen.


The photograph is a poor representation of the species. Conditions were not always ideal, but it gives an indication of the beautiful orchid.